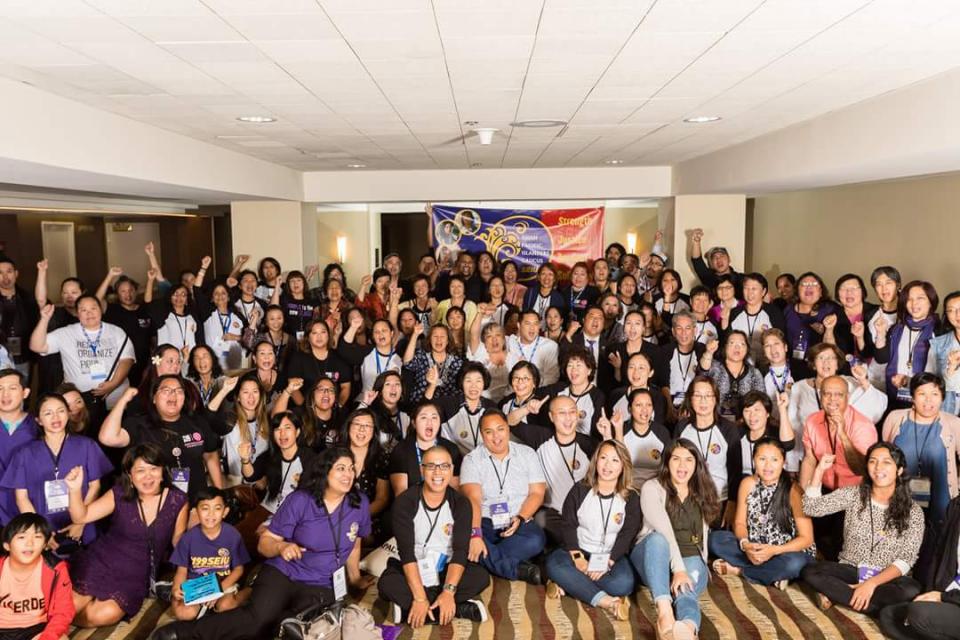 More than 100 union leaders attended SEIU’s first Asian Pacific Islander (API) Leadership Summit in Anaheim in August. The Summit’s theme was “Together We Rise” and sought to unite and empower member leaders and staff to build power and to organize against the threats facing the labor movement and our communities.

“This is a new initiative in our API community,” said Annie Chao, a Local 1000 Job Steward and Associate Insurance Rate Analyst at the Department of Insurance, Los Angeles. “We’re building a foundation by organizing and developing new leaders who will go back to their worksites and engage even more members.”

Members of Local 1000 were joined by other API members from SEIU locals across the country. Our team joined in discussions about the threats of “right to work,” explored API history through the lens of racial justice and learned about how SEIU leaders nationwide are leading the work around environmental justice, politics, and leadership development.

Summit attendees left the conference “feeling empowered about their ability to develop as leaders, and to bring their API coworkers into greater levels of commitment to union power,” Chao said.

Chao describes herself as a state worker who was “soft spoken, introverted … and not very involved.” When she spoke up and organized her fellow Rate Analysts to fight for pay equity in their jobs, she found her voice and the “power that comes when we stand together.”

“I’m proud to be a member of a union who opens its doors to help our community,” said Annie Chao. “I choose to be part of a union that’s focused on important issues, and I’m proud to stand alongside my fellow members to make a better life for all of us.”