Creating A Brighter Future For Generations To Come 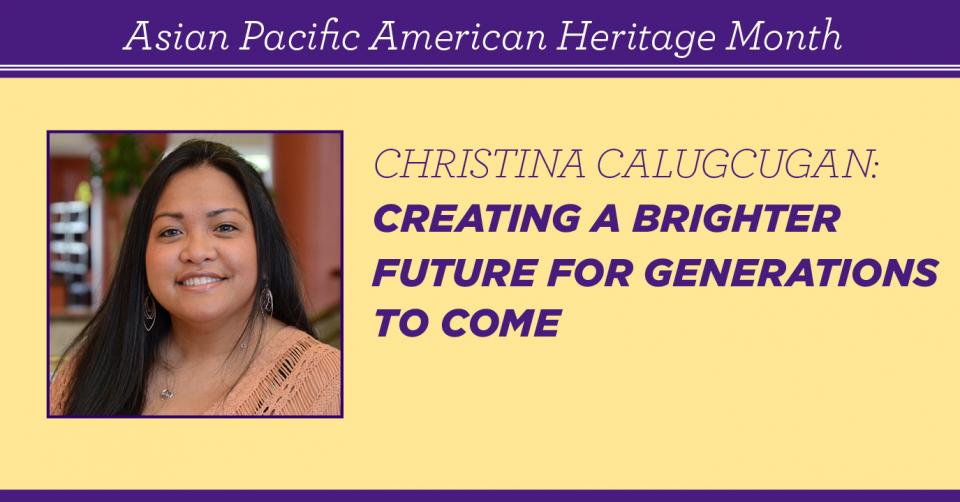 In May we continue to celebrate the contributions of Asian Pacific Americans to our history and our culture … our member-leader Christina Calugcugan is working at her department and in her community to create a bright future for the next generations.

She first stepped into her leadership when she found her workplace (EDD, Los Angeles) had no stewards representing about 100 of her coworkers. Shortly thereafter, she found herself attending SEIU’s Ignite! conference in St. Louis. On her second day, she took it upon herself to organize fellow attendees to attend a protest in nearby Ferguson. She filled two buses – even though the trip wasn’t free!

Inspired, she returned to Los Angeles and in short order, grew the membership at her EDD office from a scant 50% all the way to 86%. Building on that success, she turned to organizing other area EDD offices and eventually many Los Angeles worksites. She was heavily involved in building support for the 2016 contract campaign.

Her key to engaging members and creating a stronger union is simple: “The why” she says, “you have to know what you want and why you want it.” And then action is easier: “You can’t have a say if you don’t do anything.”

Christina comes from a labor background. “My parents were both union and both retired at 58 with a pension,” she says. But, the labor landscape is changing, and she’s troubled by the constant attacks being directed at unions. “I’m working to make our union —and the labor movement—stronger every day. I want more members to be engaged, to understand our union and not be transactional. We’re not a service, we are fighting together for a common goal.”