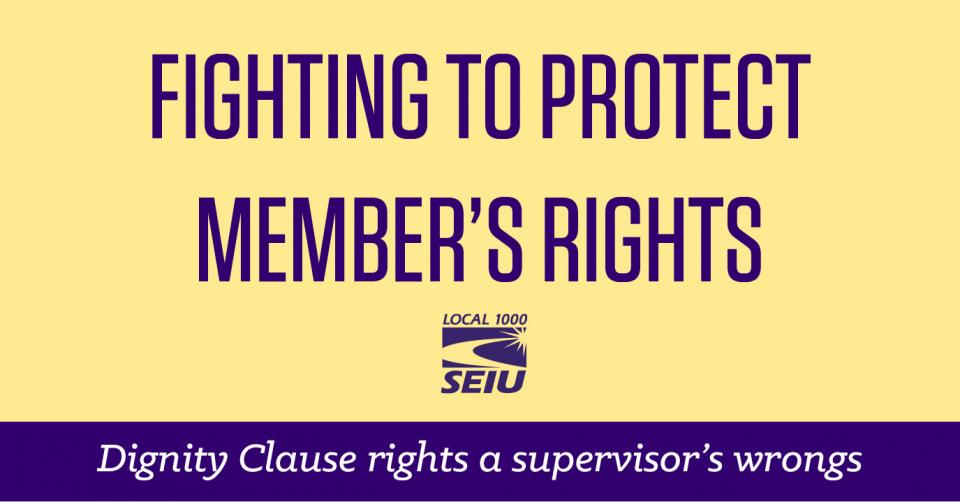 After a toxic relationship with a supervisor compelled one of our southern California members to file a grievance based on our contract’s Dignity Clause, the member was moved to work under another supervisor.

Our member rightfully refused and was written up by the supervisor.

Our Union Resource Center worked with the member and labor relations at the Department of Justice. It was discovered that the supervisor used untrue statements in the write-up. The supervisor was removed from their position. Management has since discovered similar incidents with other employees.

Our member received an apology and an admittance that the supervisor was not always truthful. The write-up was not placed in the members supervisory file or in the Official Personnel File.

Protect your hard-earned contract rights, your wages, benefits and retirement by joining our union. Click here to become a member.