Hilda Solis: A Champion for Social, Environmental and Economic Justice 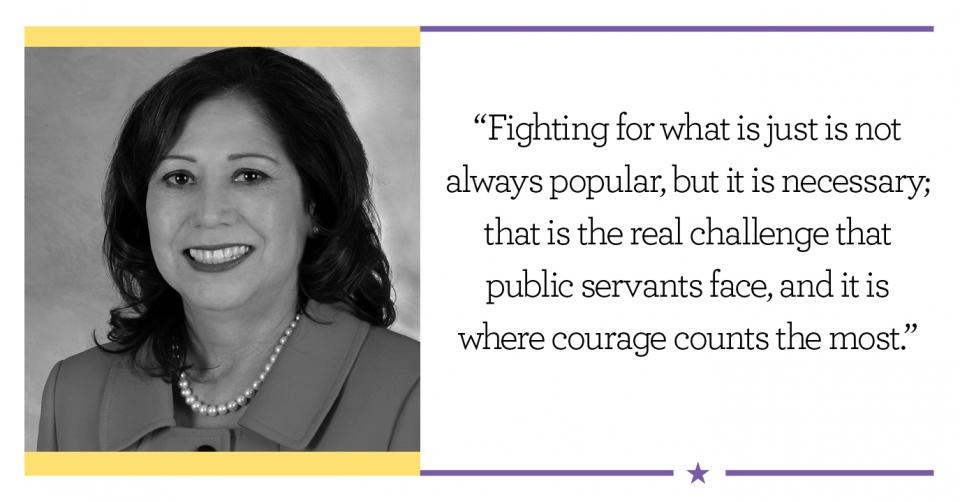 As we celebrate Hispanic Heritage Month, we are inspired by the life and legacy of Hilda Solis, who throughout her career in public service has been a strong advocate for organized labor and a true trailblazer for social justice.

Solis was the first Latina elected to the California State Senate; the first female representative of the San Gabriel Valley in the U.S. Congress; and, the first Latina U.S. Secretary of Labor (2009 – 2013). She’s currently serving on the Los Angeles County Board of Supervisors.

Solis was raised in La Puente, California, by immigrant parents from Nicaragua and Mexico. “My parents were both union members, and I grew up learning how important it was to empower workers and have fair labor practices,” she said.

As a state senator in 1996, Solis championed Proposition 201, which increased California’s minimum wage to $5.00 per hour in 1997 and $5.75 in 1998. She held high-profile hearings that pushed for strong enforcement of anti-sweatshop laws, and authored 17 different bills to prevent domestic violence.

In 1997, she went up against powerful business interests and a hostile governor to push through a groundbreaking bill in the California legislature that made it more difficult for companies to pollute and store waste in poor minority neighborhoods. In 2000, she was recognized for her commitment to environmental justice with the prestigious John F. Kennedy Profile in Courage Award.

It was as Labor Secretary that Solis enacted scores of rules and regulations that granted more power to unions and middle-class workers.

She spoke out strongly against Wisconsin Governor Walker’s proposal to limit the collective bargaining rights of public employees and similar proposals in other states, saying “they aren’t just asking workers to tighten their belts, they’re demanding they give up their uniquely American rights as workers.”

For her lifelong dedication to people of color and working families, we celebrate Hilda Solis’ contributions to social, economic and environmental justice during Hispanic Heritage Month.