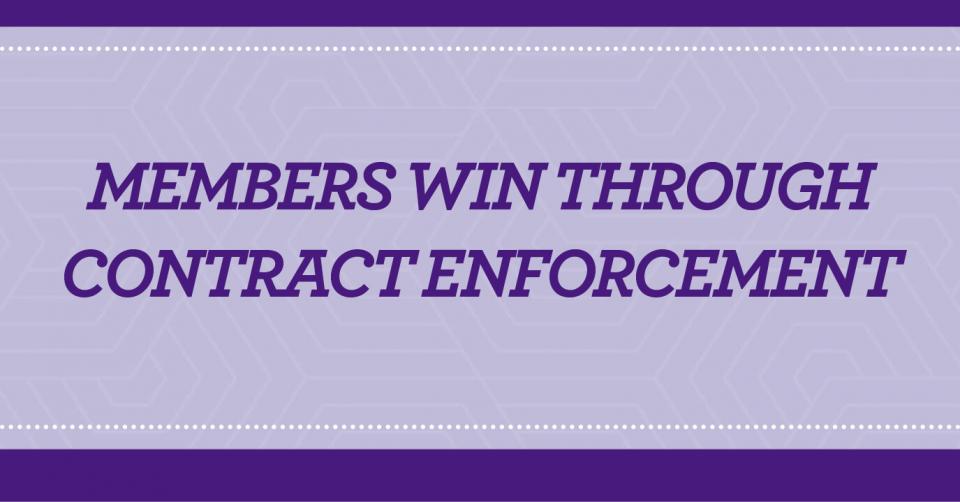 Unit 1 member wins IT Reclass appeal, back pay award after union steps in

One of our Unit 1 members working at the California Public Utilities Commission (CPUC) has been reclassified to a higher salary range and awarded back pay after enlisting support from Local 1000’s Union Resource Center (URC).

After the contentious January Reclass impacting thousands of IT workers, our member was placed in Salary Range B, despite meeting or exceeding each of the Minimum Qualifications for Range C.

After our URC filed an appeal that was denied by the CPUC at the first and second step, they continued the fight and produced a win at the third and final appeal level at CalHR.

It took action by Local 1000’s URC to resolve the incident, despite the department’s commitment to a “safe, positive and productive workplace for all employees,” and prohibitions of “unwelcomed or unwanted comments, intimidation, ridicule or insult.”

In front of coworkers, our member was subjected to unprofessional treatment and name-calling, and the workplace was disrupted. A grievance was filed for violations of our contract. Our member was placed on ATO during the investigation, and the supervisor was disciplined and demoted.

Learn more about Article 5.11 (Grievance Clause) and 10.1 (Health and Safety) by using our contract search tool at contract.seiu1000.org

One of our big wins in our last round of contract negotiations was a $100 annual shoe allowance for safe and reliable footwear to ensure proper working conditions. When it was learned that the Department of State Hospitals had failed to implement the contract language correctly, Local 1000 filed a grievance.

Many members hadn’t received allowances for the last three fiscal years due to inconsistent application of the provision and unnecessary bureaucratic roadblocks.

Hundreds of Unit 15 members will receive shoe allowances dating back to 2016. Additionally, obstacles to future payments were eliminated.

For more information about contract Article 12 (Allowances & Reimbursements), use our contract search tool at contract.seiu1000.org

Be part of the change — Become a member today.