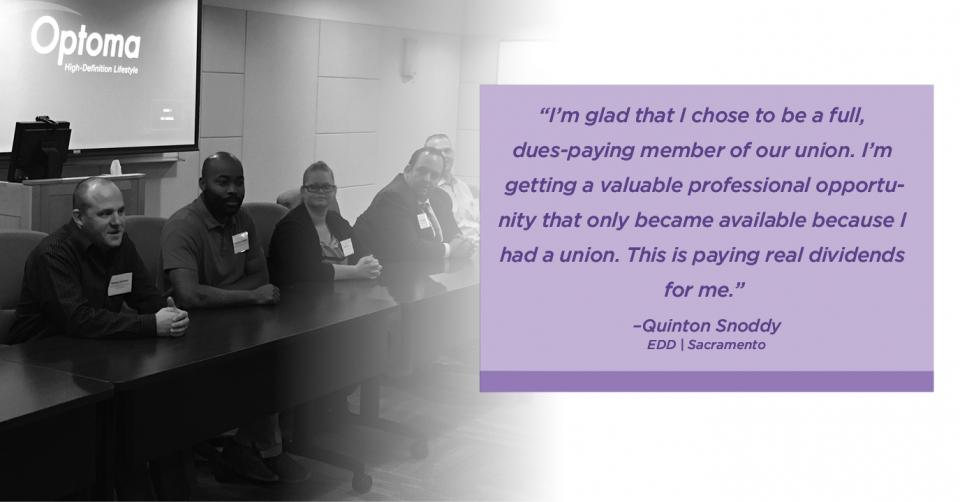 This is the first public sector IT apprenticeship program in the country and one of the first anywhere to focus on IT networking.

“I’m getting invaluable training and education that’s hard to get on the job,” said, Quinton Snoddy, an IT apprentice who works in the network operations group at EDD, Sacramento. “This will help me achieve my dream of rising in the ranks of state service.”

The program, funded with a $4 million grant from the Department of Labor, is a joint effort between Local 1000, Mission College and the California Government Operations Agency.

Not only does this program develop new career paths for our members, it also is a step toward addressing the state’s 18.6% vacancy rate in IT positions.

Members will receive on-the-job training and approximately 24 units of fundamental IT instruction with a focus on networking.

Professional development and upward mobility are key priorities for our union. Recently, two Local 1000 members were the first graduates of an innovative LVN-to-RN apprenticeship program.

“I’m glad that I chose to be a full, dues-paying member of our union,” said Snoddy. “I’m getting a valuable professional opportunity that only became available because I had a union. This is paying real dividends for me.”

Additional groups of up to 30 apprentices are expected to start every six months.