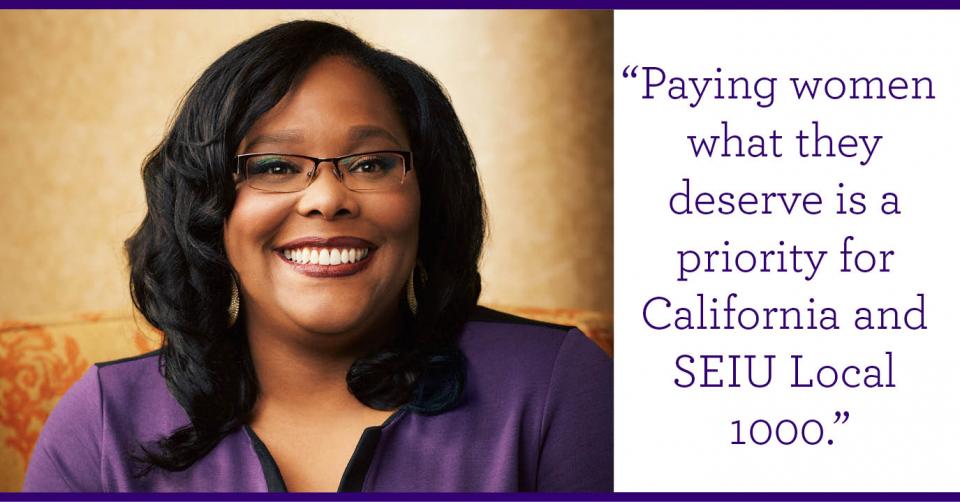 On April 4, Equal Pay Day, the California Pay Equity Task Force released its first report on the efforts to build a path toward gender pay equity for women workers.

“Closing the gender pay gap is of the utmost importance for California workers, especially for women of color who are paid considerably less than their male counterparts,” said Tamekia N. Robinson, SEIU Local 1000 Vice President for Organizing/Representation and a member of the Task Force. “We’re taking steps toward closing the gap, but we have more work to do to achieve full pay equity.”

The initial report announces tools for employers and employees to pursue pay equity. The goals include proactive employer compliance and helping employees know their rights under the law.

According to the Bureau of Labor Statistics, the pay disparity between women and men in California stands at 89 percent. That gap worsens for women of color, with Latinas and black women making 54 percent and 63 percent of white men’s earnings, respectively.

“Paying women what they deserve is a priority for California and SEIU Local 1000,” said Robinson. “Our work with the employer sector and government agencies shows how much we can achieve when we collaborate to find solutions.”