Terry Hibbard: Working to build a stronger Unit 3 and more powerful Local 1000 We win when we build our membership and develop leaders 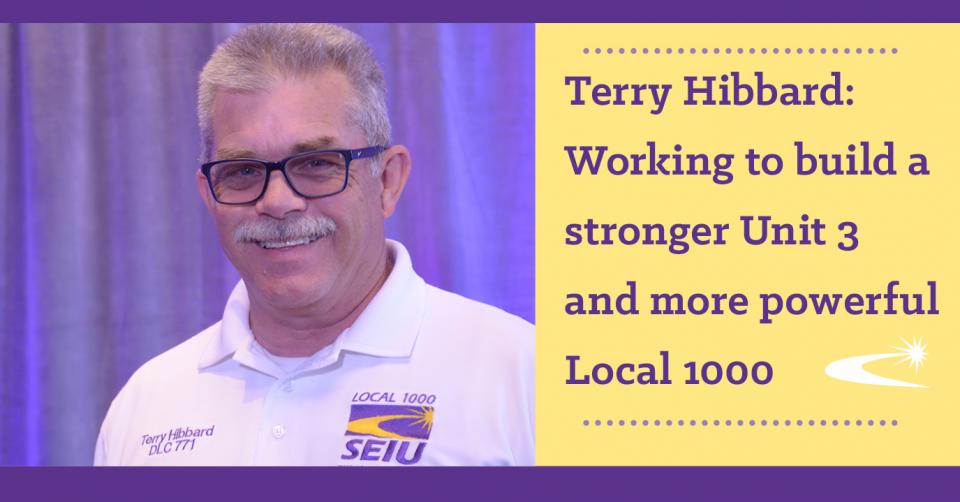 For Terry Hibbard, the newly-elected Chair of Bargaining Unit 3, the path to winning a good contract is to build power in the worksite and develop new member leaders. And it starts with state workers choosing their union.

Hibbard has been a teacher in the state’s correctional system for 14 years, working at Corcoran State Prison in Kings County, near Fresno. He joined Local 1000 and has served as a job steward since 2006.

He became active in his union after management at his worksite used stalled contract negotiations as an excuse to ignore worker’s rights.

He took a more active role in his leadership in 2012 as an elected District Bargaining Unit Representative (DBUR). In 2015, he became a part of the 63-member bargaining team, and in July, he became the Unit 3 Chair.

As the new chair, Hibbard is working to meet with Unit 3 members statewide to hear their issues and create stronger relationships. “When we build our leadership and membership, we build the power necessary for the state to see our strength and value our work when we bargain a new contract,” he said.

With his fellow bargaining team members and the resources of the union, he’s working to enforce our existing contract language in the areas of temperature control in prison classrooms. In 2016, we won stronger language that provides our teachers and students a reasonable climate—regulations that some institutions are not complying with.

“Unit 3 made some fantastic gains in our last contract, and we are continuing to expand and enforce our rights. We are only as strong as we choose to be,” says Hibbard.