Andrée Joseph-Conley, A lifetime of Activism 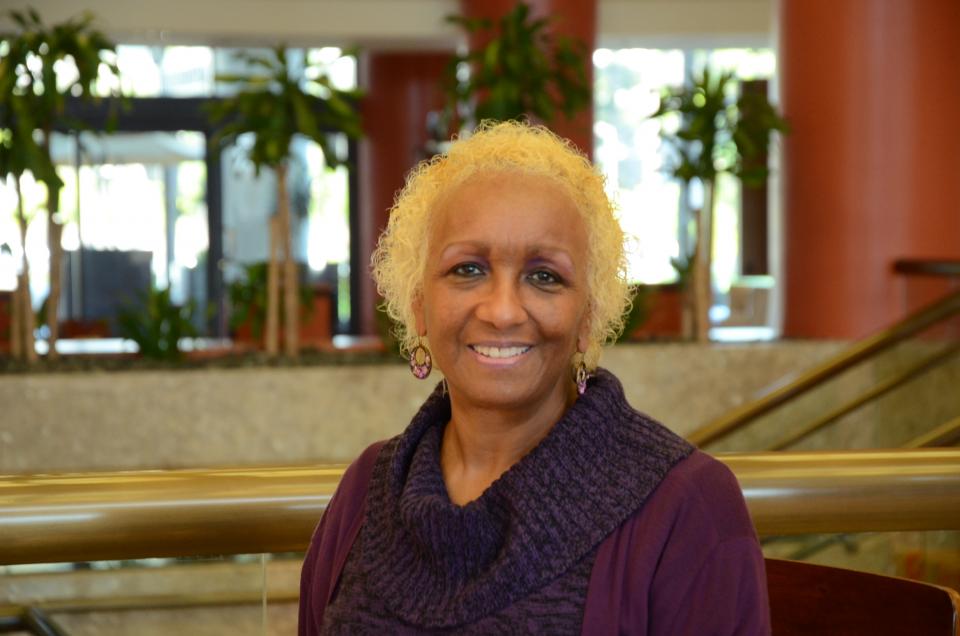 Many black leaders can point to an experience or event that inspired them to join the fight for racial justice.  For Andrée Joseph-Conley, an SEIU Local 1000 steward and State Fund Claims Adjuster, it was a series of events, including a shooting death, the arrest of a family member and the Watts Rebellion in 1965.

These events helped shape Andrée into becoming a member of the LA Chapter of the Black Panther Party (BPP), a student activist and a leader in the labor movement.

What first stands out in Andrée’s memory is a 1965 shooting death by LAPD of an unarmed black motorist who flew a white handkerchief from his car antenna as a sign of surrender and truce while attempting to rush his pregnant wife to the hospital.

Days later, on August 11, 1965, the Watts Rebellion started with two white LAPD officers arresting another black motorist. The subsequent beating of the motorist and his mother caused the arrest to escalate into a confrontation between a crowd of civilians and the LAPD, which sparked a week of civil unrest.

After the week of unrest, LAPD had killed 35 people including the teenaged son of a neighbor and friend of Andrée’s family. Her neighborhood was devastated. Andrée was outraged.

In another life-changing event, white LAPD officers arrested her uncle on trumped-up DUI charges and left Andrée abandoned on a dark street. It was then she felt her life focus shift.

Though only a sophomore in high school, she knew she could not sit back and watch while so many black people were being traumatized, brutalized or killed by unaccountable cops.

After much research into who was taking action against police brutality, Andrée joined the LA Chapter of the Black Panther Party for Self Defense (BPP).

She remembers being most attracted by its message of self-defense and the level of research and documentation that went into the Party’s analysis of issues like police brutality and poverty facing the Black community. She also deeply believed in the BPP’s 10-Point Program and strongly advocated taking the plight of Black people in the U.S. to the United Nations.

“I was moved to take action because I had two younger brothers – both athletic – who could surely be in harm’s way if they donned their sweat suits and jogged around the neighborhood while in training for their sports,” she said. ”My father raised us to know that bullies would chase us home from school every day if we let them. So we weren’t allowed to let them.”

Andrée’s fierce journey with the BPP ended in the late 1960’s but her work for social justice continued through student activism at CalPoly Pomona and LA Trade Tech.

She also served as a Women’s District Chief in the Nichiren Shoshu America world peace movement, founded the USC Libraries’ Black History Month Exhibits and became a leader in the California labor movement.

Today Andrée is a member of the African American Committee of Local 1000, serves on the Statewide Joint Labor Management Committee for State Fund and continues to organize workers all across the state of California.

She’s currently crafting a coming-of-age memoir about growing up during the Black Power movement of the 1960’s and 1970’s.  The title is “Born on the Faultline – White Chapel Veil to Black Beret.”

“One thing I learned from being in the Party, perhaps best stated by Frederick Douglass and often quoted by my President Yvonne R. Walker, is that ‘Power concedes nothing without a demand. It never did and it never will. Find out just what any people will quietly submit to and you have found out the exact measure of injustice and wrong which will be imposed upon them.’”