Local 1000 members honored Cesar Chavez by marching and participating in a variety of events to honor California’s most famous labor leader on March 28 in different parts of the state. 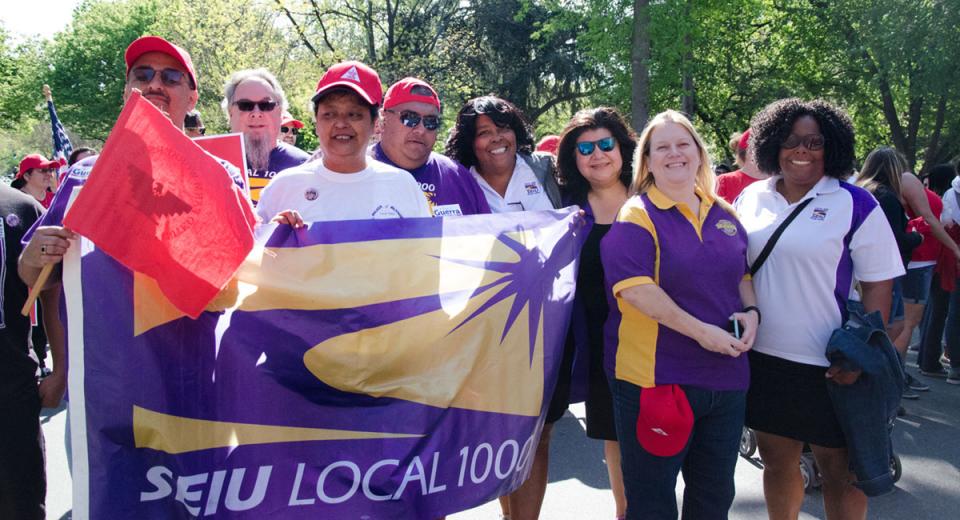 Local 1000 President Yvonne R. Walker, Vice President for Bargaining Margarita Maldonado, and Vice President for Organizing/Representation Tamekia N. Robinson joined about a dozen Local 1000 members and staff in a Sacramento event to honor to Chavez on March 28.  The crowd of 4,000 people marched from Southside Park to the Capitol. Speakers addressed issues such as economic justice, immigration and the fight for clean, healthy communities for working families.

“The most important way to honor the memory of Cesar Chavez is for all of us to keep fighting for the working families,” Maldonado said. “Cesar Chavez spent his career fighting for working people. We continue that fight on several levels, both for our own members and in the work we do with our allies, such as the Fight for $15 and a union.”

Local 1000 members participated in events honoring Chavez in Sacramento, Davis, Los Angeles and Fresno. There is also a parade to honor Chavez scheduled for April 18 in San Francisco.

“Our struggle has expanded beyond the workplace to include fighting to improve the communities where our members live and raise their families,” Walker said. “Our efforts always start in our worksites but the fight for economic justice has to address issues at a much broader level. We are fighting for the middle class at a time when economic inequality is growing.”

Local 1000 is committed to ensuring economic justice for all Californians by battling for better wages, benefits and middle class opportunity. We believe that working families are under attack and the strength of our families, our communities and our economy depend on growing the army to fight this injustice.

Join us in remembering an honored labor leader Cesar Chavez on his birthday and then fighting for what he believed in every day.