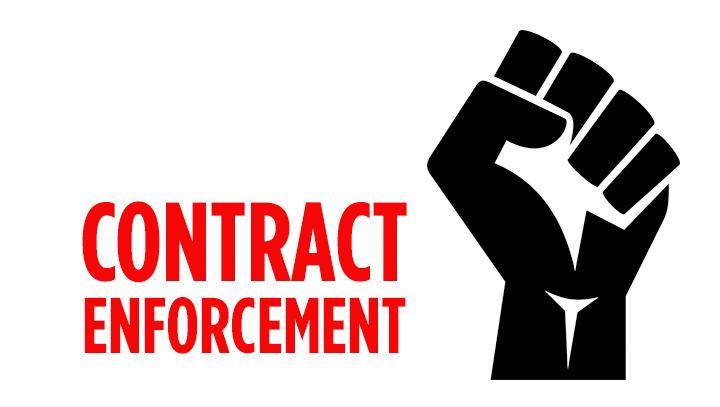 Our contract is a hard-won document that protects our wages, benefits, and working conditions, and also includes hundreds of articles that govern how we do our work, schedule our leaves, and interact with our supervisors.

When we stand up and stand together against violations of those rules, we receive the full benefit of the contract we all worked so hard to win.

Custodians’ safety preserved in a time of crisis

During the public protests that happened in Sacramento in early June, custodians working at the Department of General Services (DGS) were directed to ignore the City of Sacramento‘s order of curfew for 8 p.m. that night.

31 members were affected, working shifts that ended at either 11:30 p.m. or 1 a.m. Concerned for the safety of herself and her coworkers while driving home after curfew, one of our members stood up and reached out to her union around 4 p.m.

Our members, working with DGS and our Union Resource Center (URC) learned that the building manager refused to comply with the curfew order and the supervisors managing the custodians were not made aware.

In just 90 minutes, DGS assured our members they would be released by no later than 6 p.m. and will be granted a differential of their hours in the form of ATO.  All members expressed gratitude for their Union fighting for their safety and were satisfied with the results of this matter.

When one of our members working at the California Office of Traffic Safety (OTS) was recognized as working out-of-class for more than a year, the department only agreed to pay 120 days of back wages. Our team at the Union Resource Center filed for the remainder and further argued that our member should be promoted in place. This member had started a T&D assignment for the out-of-class position in March of this year. In this win, the member received full back pay and was promoted into the new position effective March 2020.

Our member at the California Department of Corrections and Rehabilitation (CDCR) was denied EPSLA (Emergency Paid Sick Leave Act) benefits despite meeting qualifications. HR denied the initial request, even though this member was under a doctor’s order to self-quarantine. The department claimed a negative test result disqualified the leave. Our URC representative worked with CDCR, clarified the qualifying event, and won for the member by getting the leave issued and the lost wages recouped.