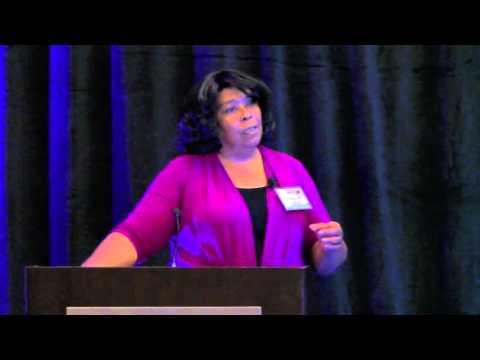 Local 1000 President Yvonne R. Walker was the keynote speaker at a groundbreaking October 14 conference on retirement security called “Building Tomorrow’s California: New Visions for Retirement Security” that brought together activists from labor, faith and social justice groups to take a hard look at the retirement crisis and began to craft solutions that will work for all Californians.

The conference was split into morning and afternoon sessions. The morning unveiled new and disturbing research on the retirement crisis and invited attendees to share their own stories. They brought an array of experiences and observations to the conversation that illustrated the deep-seated reasons the retirement picture is growing dimmer for many. Intergenerational economic burdens were a recurring theme: student debt, caring for aging parents and housing were all identified as ways families get pinched from all sides.

“It’s hard enough just to make ends meet, much less save for retirement,” offered Bobby Roy, a Local 1000 steward from DLC 764 who attended the conference.

“The only message Americans hear is that they alone are responsible for their successes and their failures,” said Walker. “We’re supposed to find this acceptable. I just don’t.”

The afternoon session turned to solutions, including the Secure Choice retirement plan that Local 1000 pushed for and on whose board Walker sits. But the most promising development of the afternoon session was clearly the recognition that the groups represented by the attendees can build a powerful network to steer the public discussion and public policy to address all of the economic inequality—including the retirement crisis—facing California.