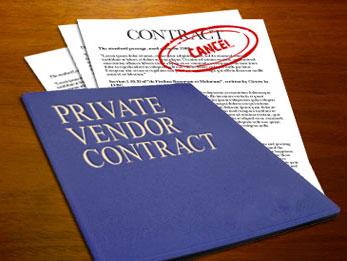 The tough new language on outsourcing in our ratified side letter agreement provides our members with a strong new tool for preventing private contractors from doing the work of state employees.

“It’s a real victory because the governor could have imposed furloughs, but because we bargained with the state, we were able to gain historic new leverage in our fight to protect member jobs from pricey, private contractors,” said Margarita Maldonado, vice president for bargaining. “This agreement really marks a new phase in our long fight against outsourcing.”
Under the new agreement, Local 1000 and the state are scheduled to begin a series of regular meetings starting Aug. 1 to review contracts that could be eliminated and identify work currently done by contractors that could be performed at equal or lower cost by state employees. The new task force, which will include five Local 1000 members and five state representatives, will then make recommendations for contracts to be cut.

For years, Local 1000 has pressured the state to reduce its reliance on expensive private contractors when state employees could do the job more efficiently and at less cost. Between 2003 and 2011, the state signed contracts–some with the nation’s corporate giants–worth about $210.6 billion. Very few of these contracts are independently reviewed for cost-effectiveness.

Since 2006, Local 1000 has challenged more than 100 state vendor contracts–winning approximately 80 percent of the time. In many cases, these victories led directly to state workers being hired to perform work previously handled by private contractors working at a higher cost. This includes 70 new positions at two veterans homes in Southern California. Some departments have also in-sourced work to state employees that was originally destined for private contractors.

Local 1000 has fought for years for increased disclosure of state contracts and sponsored legislation to accomplish that goal. Local 1000 also sponsored AB 740, a bill to increase oversight of contracting, which was signed  into law by the governor last year.

AB 740 requires state agencies to be accountable and change their business practices after the State Personnel Board (SPB) rules that a private vendor contract is illegal. This puts teeth into the process of challenging private contracts.

“Our new contracting task force is the result of years of hard work by our members and staff,” Local 1000 President Yvonne R. Walker said. “We’ve been struggling for years to make the case that contractors should not be immune to budget cuts and that more of the state’s work should go to the state’s workers. Now we are positioned to make meaningful changes in the state’s contracting out process.”