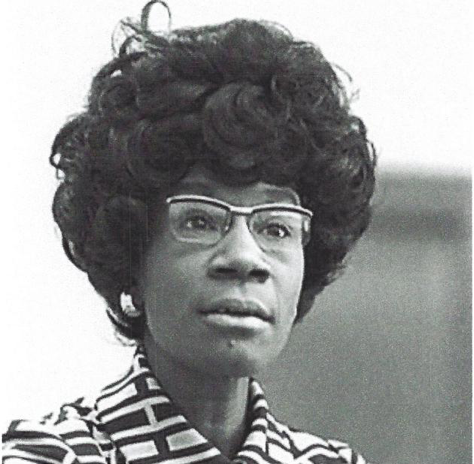 Shirley Anita St. Hill Chisholm was the first African American woman in Congress (1968) and the first woman and African American to seek the nomination for president of the United States from one of the two major political parties (1972). Her motto and title of her autobiography — Unbought and Unbossed — illustrates her outspoken advocacy for women and minorities during her seven terms in the U.S. House of Representatives.

Ever aware of racial and gender inequality, Chisholm joined local chapters of the League of Women Voters, the National Association for the Advancement of Colored People (NAACP), and the Urban League, as well as the Democratic Party club in Bedford-Stuyvesant, Brooklyn. In 1964, Chisholm ran for and became the second African American in the New York State Legislature. After court-ordered redistricting created a new, heavily Democratic, district in her neighborhood in 1968, Chisholm sought and won a seat in Congress. There, “Fighting Shirley” introduced more than 50 pieces of legislation and championed racial and gender equality, the plight of the poor, and ending the Vietnam War. She was a co-founder of the National Women’s Political Caucus in 1971, and in 1977 became the first Black woman and second woman ever to serve on the powerful House Rules Committee.

Discrimination followed Chisholm’s quest for the 1972 Democratic Party presidential nomination. She was blocked from participating in televised primary debates, and after taking legal action, was permitted to make just one speech. Still, students, women, and minorities followed the “Chisholm Trail.” She entered 12 primaries and garnered 152 of the delegates’ votes (10% of the total), despite an under-financed campaign and contentiousness from the predominantly male Congressional Black Caucus.

Chisholm retired from Congress in 1983. Afterward, she taught at Mount Holyoke College and co-founded the National Political Congress of Black Women. In 1991 she moved to Florida, and later declined the nomination to become U.S. Ambassador to Jamaica due to ill health. Of her legacy, Chisholm said, “I want to be remembered as a woman…who dared to be a catalyst of change.” 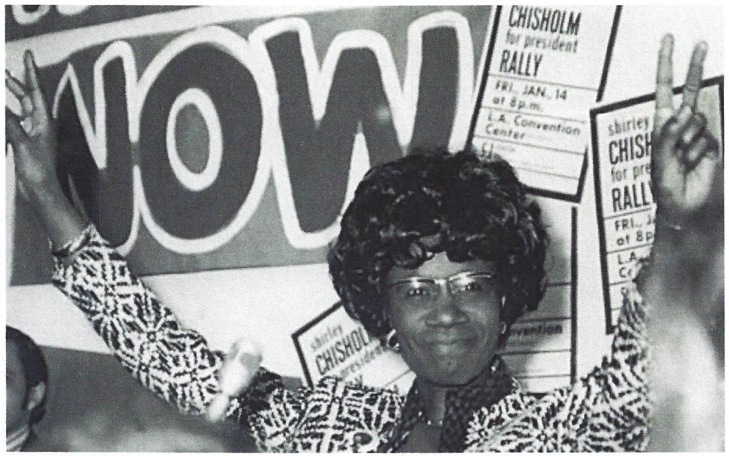