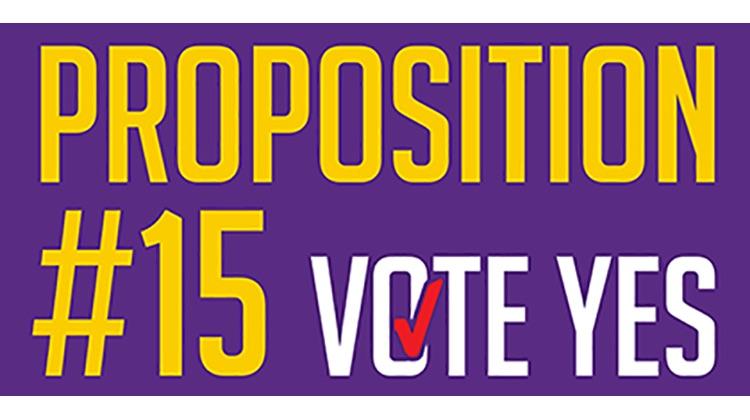 Most of us want similar things: good schools for our children, a healthy family, and safe neighborhoods. Yet, for more than four decades, many wealthy investors and big corporations have not been paying their fair share, causing California’s school funding to fall behind.

Proposition 15—the Schools and Communities First Proposition — takes an important first step toward fixing California’s broken tax system. It will restore more than $11 billion annually for schools and communities by closing property tax loopholes that benefit only wealthy corporations.

The Los Angeles Times, California’s most-read newspaper, has endorsed Prop. 15 and calls for a ‘yes’ vote on your ballot. Here’s some of what they said:

“At long last there is a tangible fix in sight for one of California’s most intractable problems: a wildly unfair and lopsided property tax system that for four decades has starved local governments of the revenue they need to provide services and that has distorted the cost of buying a house and starting a business, to the detriment of young families and entrepreneurs.

“Local governments and school districts rely on property tax revenue to pay for services like street repair, law enforcement, and classroom instruction. After Proposition 13 passed, property tax payments dropped by about 60%. They’ve been struggling to catch up ever since.

“Indeed, much of what ails California — crumbling roads, under-resourced schools, and inadequate social services — can be traced to Proposition 13 and related anti-tax measures. Proposition 13 also shifted the local tax burden, as cities, counties, and school districts increasingly turned to other levies, such as sales, hotel, and utility taxes, to make up the lost revenue.

“Proposition 15 would begin to pave the way toward a fairer tax system and provide the means to start rebuilding the foundation of a once-great state whose glory has been fading over the last 42 years. In these dark times, it’s tough to imagine that there can be a bright future ahead for California. It’s possible, but only if we act without fear today.

“Be fearless. Vote yes on Proposition 15.”