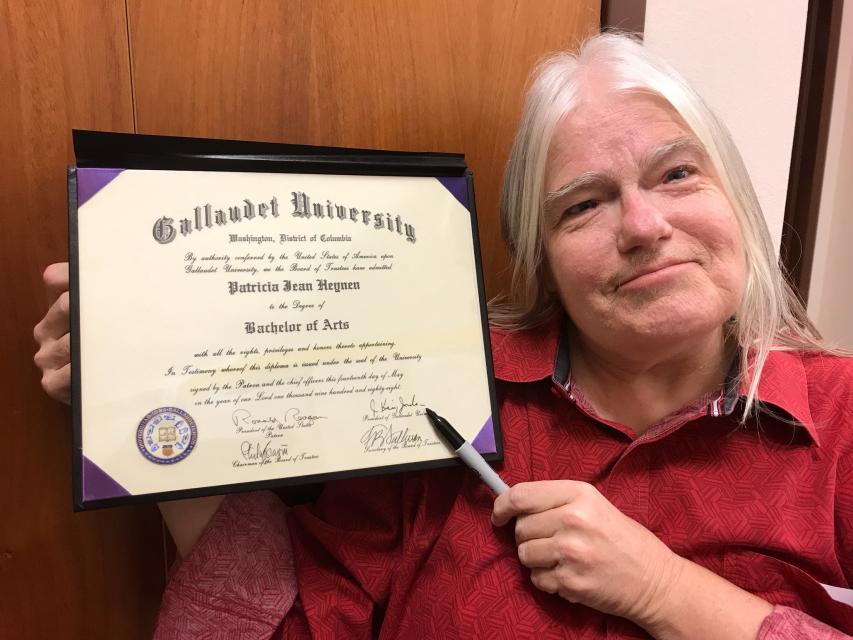 In 1988, Patti Heynen joined her fellow students and faculty at Gallaudet University in an action that shut down the campus and forced the hiring of the first deaf president in the school’s 124-year history.

Heynen, who is deaf, was a senior at the world’s only university for deaf and hard of hearing students. Her participation in the “Deaf President Now” campaign was a life-changing event that shaped her future as an activist and a member of the deaf community.

Patti works as a counselor at the California School for the Deaf, in Riverside. 31 years later, the effects of the protest at Gallaudet are still felt in the deaf community and in educational institutions like CSD-Riverside.

Patti was herself a student at the Riverside school and during her time, a majority of the faculty and staff were neither deaf nor able to communicate using American Sign Language. Heynen says it’s just the opposite today, “we’re providing an immersive culture for our students.”

Seeing the power of protest and standing together has informed Patti’s commitment as a union activist. She was among the first deaf job stewards in her department and has worked to bring along new deaf leaders. Working in an educational institution, she’s done a lot of organizing around the 10-month schedule. She’s also a member of our Unit 20 bargaining team and is preparing for upcoming negotiations for our new contract later this year.

“I choose my union because it’s the only way we can protect our rights working in a 10-month institution. More important, my union empowers my colleagues and I to do the best job possible in educating a new generation and creating a stronger deaf culture.”