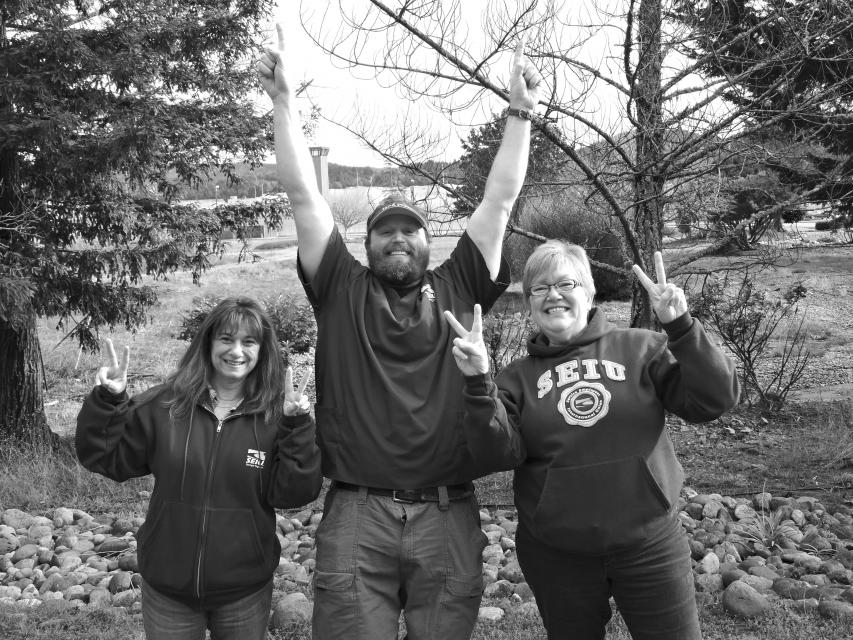 Charmbury, a Registered Nurse, was a worksite activist in 2014, helping fellow members to challenge management practices with regards to denials of leave and giving voluntary overtime to registry staff before state employees.

He was subsequently placed on ATO, denied a merit salary adjustment and given a performance evaluation with all “needs improvement” ratings, after having never had concerns about his performance raised previously.

In August 2015, our Union led an unfair labor practice with the Public Employment Relations Board (PERB) alleging retaliation for protected union activity.

One month later, Charmbury was terminated for three minor incidents from 2014.

Our Union led an appeal of the discipline and a Whistleblower Retaliation Complaint with the State Personnel Board (SPB), and amended the PERB charge to assert the dismissal was also retaliatory.

In Sept. 2016 and April 2017, nine days of trial were held at PERB, with the SPB matter being held in abeyance. Prior to the PERB decision being issued, SPB ordered the discipline appeal and whistleblower retaliation complaint go to hearing.

On October 30, 2017, the first scheduled day of the SPB hearing, Charmbury and CDCR reached a settlement agreement for the discipline to be revoked, Charmbury to resign and Charmbury to be paid a lump sum of $250,000.