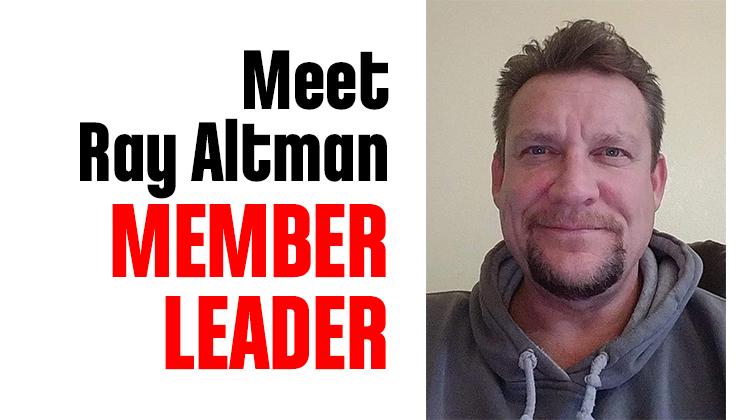 This year, when two incumbents decided not to run for their positions on the Crescent City, California City Council, SEIU Local 1000 member Raymond Altman decided it was time to take on a leadership role in his community, much like he has done at Local 1000 over the past decade.

By the candidate filing date, no one had filed their paperwork with the City Clerk to run for any of the vacant City Council seats,” Altman said, “and an extension date was granted. By the time I turned in my candidate packet, five other people had done the same.

Crescent City is a small Northern California community that has been dealing with many of the same crises that workers across the state have been grappling with throughout 2020. “We are a rural community, so we have our own unique challenges,” said Altman. “But there are some issues that we have in common with all of California that we need to chip away at, such as homelessness, law enforcement training, staffing for emergency services, infrastructure, and prioritizing and funding each of these challenges.”

Issues such as these are no less daunting in a small city than anywhere else, where political involvement is a crucial part of building a system that works for all. “I think it is important to battle apathy. If you can find a successor when your term is up, you have provided a legacy to be proud of—getting people involved in their own futures.” But as Ray acknowledges, it’s surprisingly difficult to achieve.

The fight to highlight and resolve these issues requires a wide variety of skills. Fortunately, Altman’s experience over the last 12 years as a union leader has made him into a natural city leader. In fact, he has served as the Planning Commissioner and Chairperson on the Crescent City Planning Commission and Architectural Review Committee since March 2018.

“Through Local 1000, I have training in parliamentary rule, and I served on the budget committee, as a District Labor Council (DLC) President, DLC Vice President, and as the Unit 1 representative,” said Altman. “I will bring the same qualities to my term in Crescent City that I utilize in my role as a Union Leader — honesty, hard work, and fairness. When you believe in the people with whom you work, working with them in any capacity is an honor.”