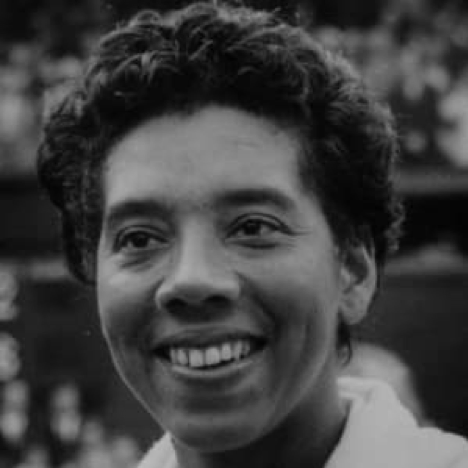 Before there was Venus & Serena Williams, there was Althea Gibson.

Her great talent was in tennis, but in the 1940s and ’50s, most tournaments were closed to African Americans. Gibson kept playing (and winning) until her skills could no longer be denied, and in 1951, she became the first African American to play at Wimbledon. Gibson won the women’s singles and doubles at Wimbledon in 1957, and won the U.S. Open in 1958.