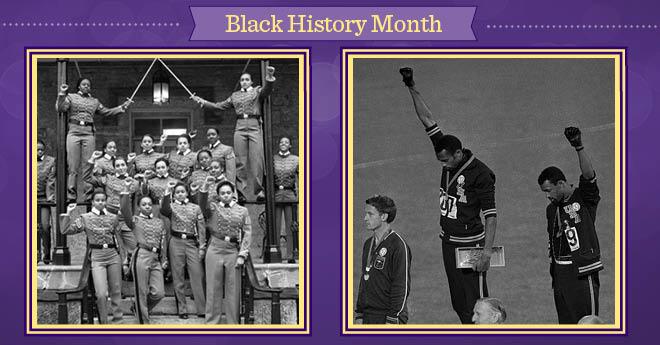 For decades, the raised fist has been an international symbol of black pride, unity and of workers rising up for economic justice. But like all powerful statements, it’s had its share of controversy.

In 2016, 16 black female West Point cadets raised their fists in a photo to show black pride and unity. This act sparked an official investigation by West Point officials to determine if the cadets were in violation of the prohibition against engaging in political activity for showing support for the Black Lives Matter movement. The women stood their ground while they endured sharp rebuke from the superintendent.  In the end, all 16 cadets graduated on time.

Almost 50 years earlier, at the 1968 Olympics in Mexico City, Tommie Smith and John Carlos famously raised their fists in unity with the Black Power movement, human rights and the struggles of blue-collar workers.

At the time, Smith and Carlos were criticized by the mainstream press and expelled from the Olympic games.

As world-class athletes during the civil rights movement, both were inspired by black sociologist and athletic mentor Harry Edwards, who defended their actions in the aftermath.

Today, their actions are honored in American history as courageous acts of solidarity and social justice. In 2008 the two accepted the Arthur Ashe Award, one of the most prestigious awards in sports. Recipients reflect strength in the face of adversity, courage in the face of peril and the willingness to stand up for their beliefs no matter what the cost.

As the quintessential symbol for justice, union members and working families around the world continue to raise their fists up to this day when demanding justice in our worksites and in our communities.