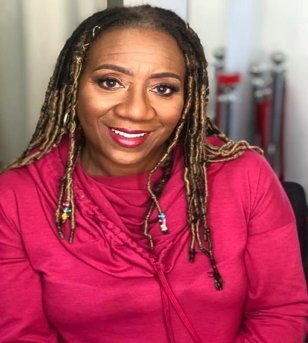 Dr. Powell retired from the LAPD as Vice Sergeant and accepted the leadership role at Journey Out in October 2013.  Dr. Stephany Powell’s unique insight into the world of sexual exploitation and trafficking gained through her thirty years with the Los Angeles Police Department (LAPD) has made Dr. Powell an unparalleled choice to lead Journey Out in 2013(formerly known as the Mary Magdalene Project).  Journey Out assist victims of human trafficking in finding their way out of violence and abuse, due to sexual exploitation or forced prostitution. Since 2013, Journey Out has assisted over 1,000 victims with places to live, food, clothing, diversion from prosecution and counseling.

Dr. Powell’s passion and expertise in this field has translated within the last four years into new policies for the Los Angeles Fire Department (LAFD) and the national massage school industry.  She has led education and awareness workshops to various audiences of law enforcement, prosecutors and communities, throughout the country and internationally.

Dr. Powell has spoken before the California Congressional Legislative committee in the State Capitol and addressed the Texas Legislative Black Caucus in Austin, Texas. Since 2013 she has educated over six thousand people.  She has received numerous awards and recognition from Los Angeles County and City officials, as well as the Women of the NAACP, Masonic organizations, community organizations and her beloved chapter of Alpha Kappa Alpha.  Dr. Powell is clearly the recognized expert on the subject of human trafficking.

Additionally, she is an Adjunct Professor of Behavioral Science at the University of La Verne and Los Angeles Trade Technical College.  Dr. Powell’s expertise on the subject of race and law enforcement, has been showcased in documentaries, local newspapers and magazines. She was most recently highlighted in the PBS documentary “And Still I Rise,” by Dr. Henry Louis Gates. Dr. Powell has also been featured on HLN Chris Cuomo for her expertise in Human Trafficking.  Her notable expertise caught the eye of a national organization, which led to an invitation to the White House.  She recently authored a human trafficking workbook for teens, My Choice, My Body, My Rules, her workbook is currently being used on a national and international level.