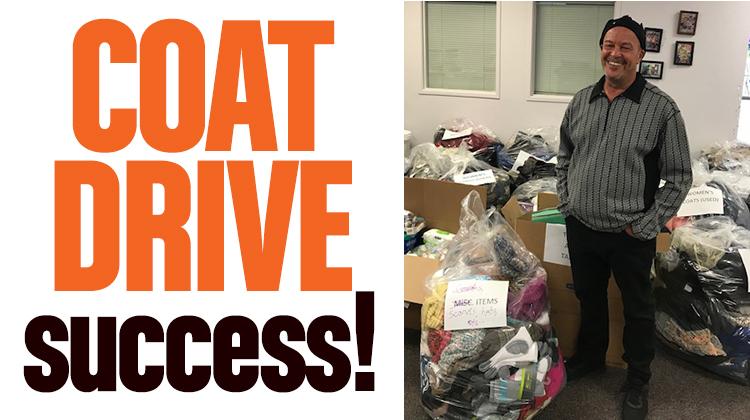 From the time he became a member of SEIU Local 1000 in 1992, James Griffin has seen the rise in the number of unhoused citizens and the size of their encampments as he commuted to his job on Richard Boulevard at the Office of State Publishing. Knowing something needed to be done and driven by a passion to help borne of real-life experience, about 8 years ago he began packing and distributing personal hygiene bags. He estimates he has delivered over 2,000 to date.

“At one point, for a short time during my childhood, our family was unhoused while my mother was recovering. We lived from couch-to-couch and floor-to-floor,” he said. “I made a commitment then that when I became an adult and got rich, I would help the ones who need it the most: the homeless. I never did become rich, but I’ve teamed up with some like-minded people and we’ve been pretty successful in making events like this possible.”

James’ contributions to his community were brought before a larger audience when he mentioned on a recent union call that he and his family were organizing a coat drive for WEAVE, Inc., a local organization that houses people who are escaping domestic violence. “The idea originally came to me from a little extra money I made,” he said. “I decided to buy coats and gloves for 20 unhoused children. Then I heard about SEIU 1000’s Community Power team and was very excited to get involved in their mission.”

His efforts have meshed well with the Local 1000 Community Power Team’s mission to build stronger communities, more opportunities, and a better life for all Californians. After the coat drive was announced, it quickly attracted attention from other organizations, and donations and support grew. On the day of the event, volunteers filled 50 large plastic bags with coats, socks, tarps, tents and more before turning to boxes to handle the excess abundance of donations. After observing the outpouring taking place in the SEIU Local 1000 parking lot and hearing we were collecting coats for the unhoused, one young girl on a walk with her dad immediately took off her own coat and added it to the collection.

This explosion of support serves as a powerful reminder of the impact our union values can have on our community. “Community Power is a way for members to get involved in their community through their union,” said James. “Everything, even small things, are helpful. Alone we can achieve some of our goals, but together as a team we can accomplish anything.”