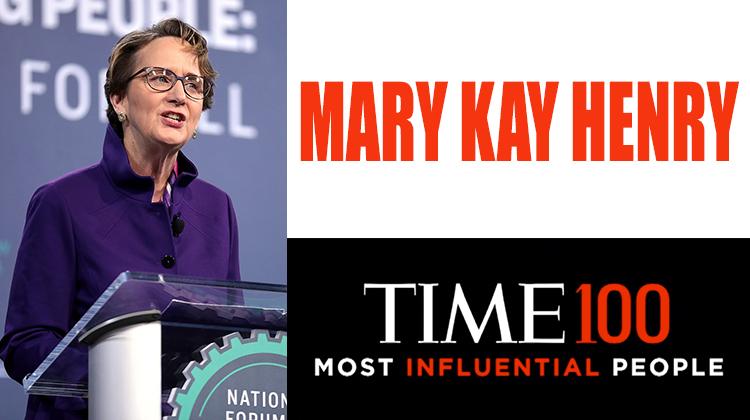 SEIU President Mary Kay Henry’s leadership is deeply rooted in a belief that when working people of all backgrounds—regardless of gender, zip code, race, or religion—join together, we can make the impossible possible. In this year of workers speaking ever so prominently, it is fitting that TIME 100 has recognized the influence of President Henry by naming her one of Time’s 100 most influential people in the world in 2020.

Time Magazine has now been identifying the 100 most influential people for almost 20 years. As they describe in their introduction, “ … there has never been a year like this. A year of multiple crises, all over the world, all at once.”

In his essay about President Henry, Bishop William Barber II says, “Poor and low-income Americans have gotten poorer in this pandemic, even as billionaires and banks have seen their wealth increase. Mary Kay knows that our democracy cannot endure this extreme inequality. But she also knows that poor and low-income people of every color and creed can revive the heart of this democracy when they are empowered to rise up together and build a society that works for all of us. This is why she fights to give them a voice

You can read more about President Henry in the Time 100 here.

Take a moment to learn more about the remarkable people who are making a difference in a world we couldn’t have imagined just six months ago.