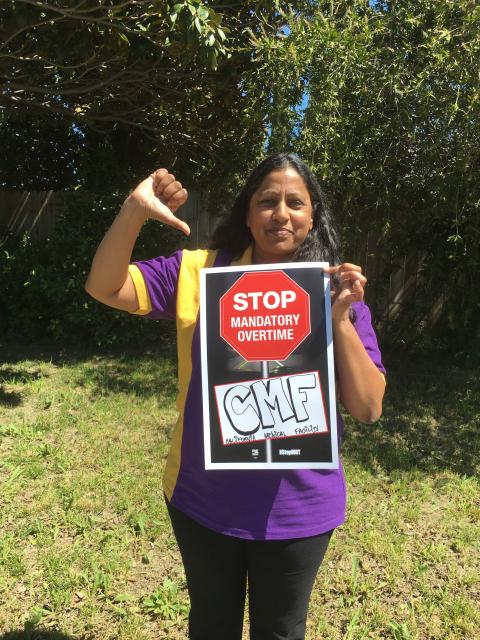 To this day I get very emotional about a friend of mine and colleague who had to resign from State Service under pressure from the burden of mandatory overtime.

He was forced with choosing between the overwhelming pressure of mandatory overtime being used as a regular staffing tool and the ability to take care of his family who had a catastrophic event change their lives. It put him in the unexpected position of being a caregiver to his three young grandchildren, one of which was six months old.

As a Union Steward I fought very hard to exempt him from the terrible process of mandates which would give him some satiability until he could secure alternative care for his grandchildren. He exhibited overwhelming signs of stress and found it difficult to cope with the demands of mandatory overtime and manage caring for his family.

Although we fought there was no way to exempt him from the mandates. I believe the state failed my friend in this instance as he was forced to resign.

These are the hard choices nurses are forced to make due to the unsafe staffing tool of mandatory overtime.