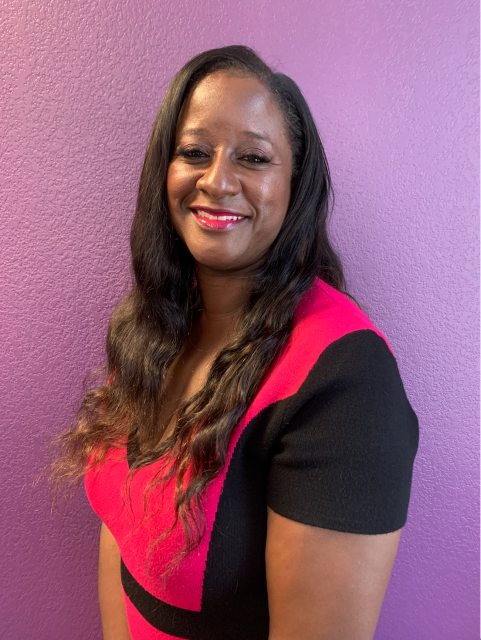 Irene Green, a long-time member leader of SEIU Local 1000, was sworn in to her new post on August 29, 2021, as the statewide Vice President for Bargaining.

Green has been in state service for more than 12 years, all at the Employment Development Department. She’s an Employment Program Representative, working to ensure that California’s unemployed residents receive their benefits and helping them get back to work.

She became an activist early on, when the then-Governor Schwarzenegger imposed a total of three furlough days on state workers. Motivated to make change, she became an SEIU Local 1000 Job Steward, and in 2012 was appointed as a Unit 1 District Bargaining Unit Representative.

In 2016, Irene was elected to the bargaining team, our Bargaining Unit Negotiating Committee (BUNC). As a BUNC member, she participated in contract negotiations in 2016 and again in 2019. It was there she experienced the tenacity and fortitude that characterizes the member leaders who bargain our contracts.

“I’m looking forward to building a strong bargaining team for our next round at the table,” Irene added. “I want to help members engage in the process to ensure we meet our goals and achieve the best possible outcome.”

Irene is married to Vincent Green, a fellow state worker and member of the Unit 1 BUNC. More than a union leader, Irene is a community activist. After her daughter took her own life due to mental health issues, she has focused her passion advocating for the American Foundation for Suicide Prevention, working to pass legislation and speaking to children in schools about the issue.